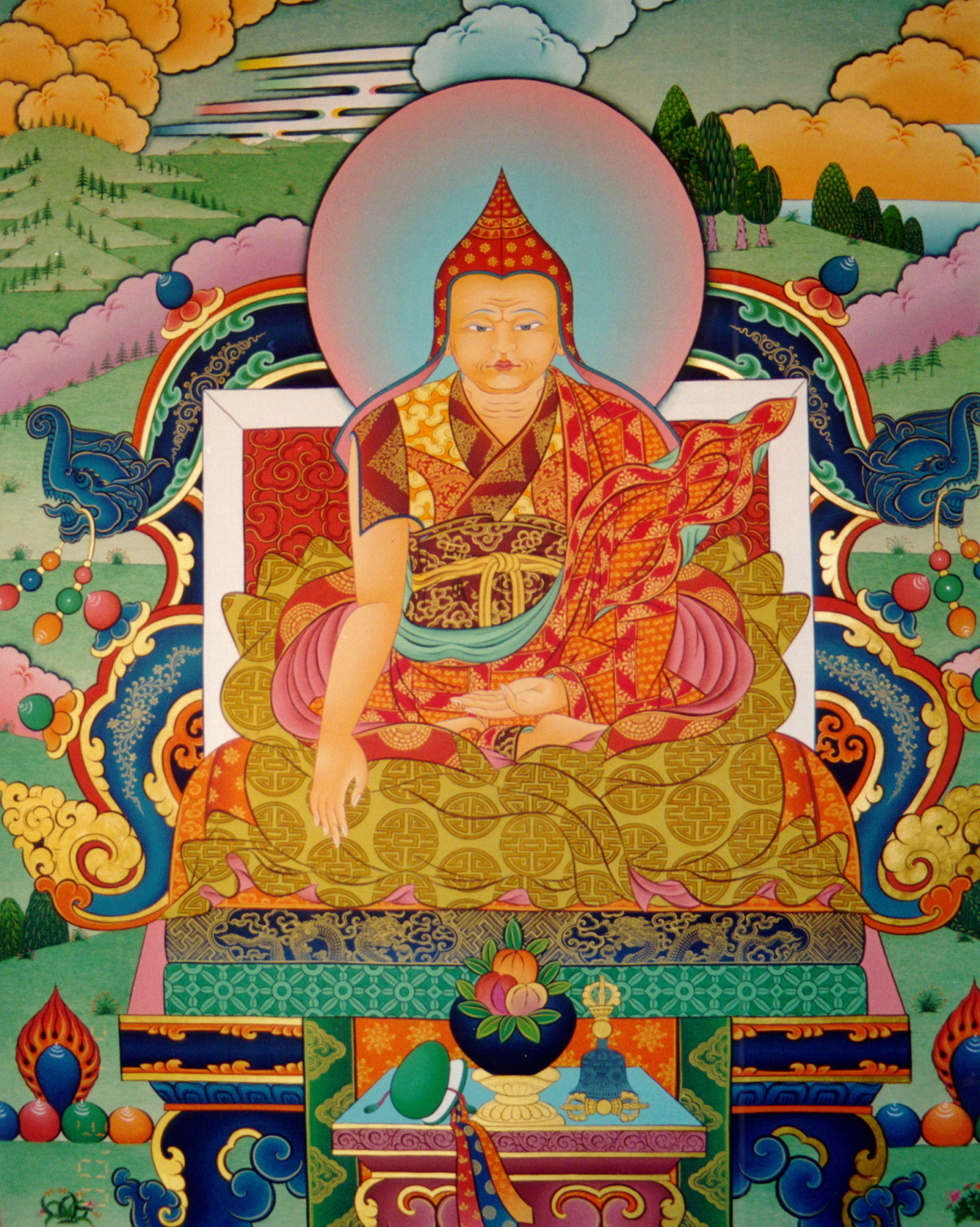 Name: Dongag Shedrub Tenpai Nyima
Meaning: The Sun of the Doctrine of Teachings and Practices of the Sutras and Tantras
Years: 1908 – 1958

Thegchog Nyingpo was born in 1908, the fifteenth rabjung year of the Earth Monkey. The fifteenth Karmapa Khakyab Dorje prophesized that this child was indeed the reincarnation of the third Karma Kuchen, Rinpoche Dongag Chokyi Nyima, and gave him the name Karma Thegchog Nyingpo Drimed Yongdrub, which means the Stainless Fully Accomplished Essence of the Supreme Vehicle.

Thegchog Nyingpo received every important transmission in the Palyul lineage from the second Pema Norbu, including minor transmissions for ritual practice, ransoming life, exorcism of negative forces and others. After receiving all transmissions, Thegchog Nyingpo entered into a three-year retreat at the Palyul retreat center to practice Ratna Lingpa’s Three Kaya Accomplishment.

After successfully completing the retreat, Thegchog Nyingpo began giving empowerments, transmissions and teachings to large gatherings. He also commissioned the paintings of ten thangkas of the Gongdu meditation deities. He was always very generous toward the dharma and greater sangha community, accumulating an abundance of great merit.

In 1956, the year of the Fire Monkey, the communist Chinese occupation of the Tibet began. In 1958, the year of the Earth Dog, Thegchog Nyingpo was fifty-one years old when he was captured and imprisoned by the Communist Chinese troops. After undergoing a great amount of torture, he was taken to the Mugngag Labour Camp. One day, Thegchog Nyingpo told the prison guards that he was planning to leave. Thinking he was planning an escape, the guards chided him saying, “We will see how far you get.” They intended that evening to watch him very closely, but were distracted when a tigress with four cubs came near the prison. All of the guards on duty rushed off to hunt the tigress and what they found when they returned is as follows: Some of the guards reported that Thegchog Nyingpo had completely disappeared, without leaving a trace behind (the great rainbow body transference), others said they found him sitting without breathing in meditative equipoise. The announcement was made to the general public that Thegchog Nyingpo had died suddenly of an unexplained illness.