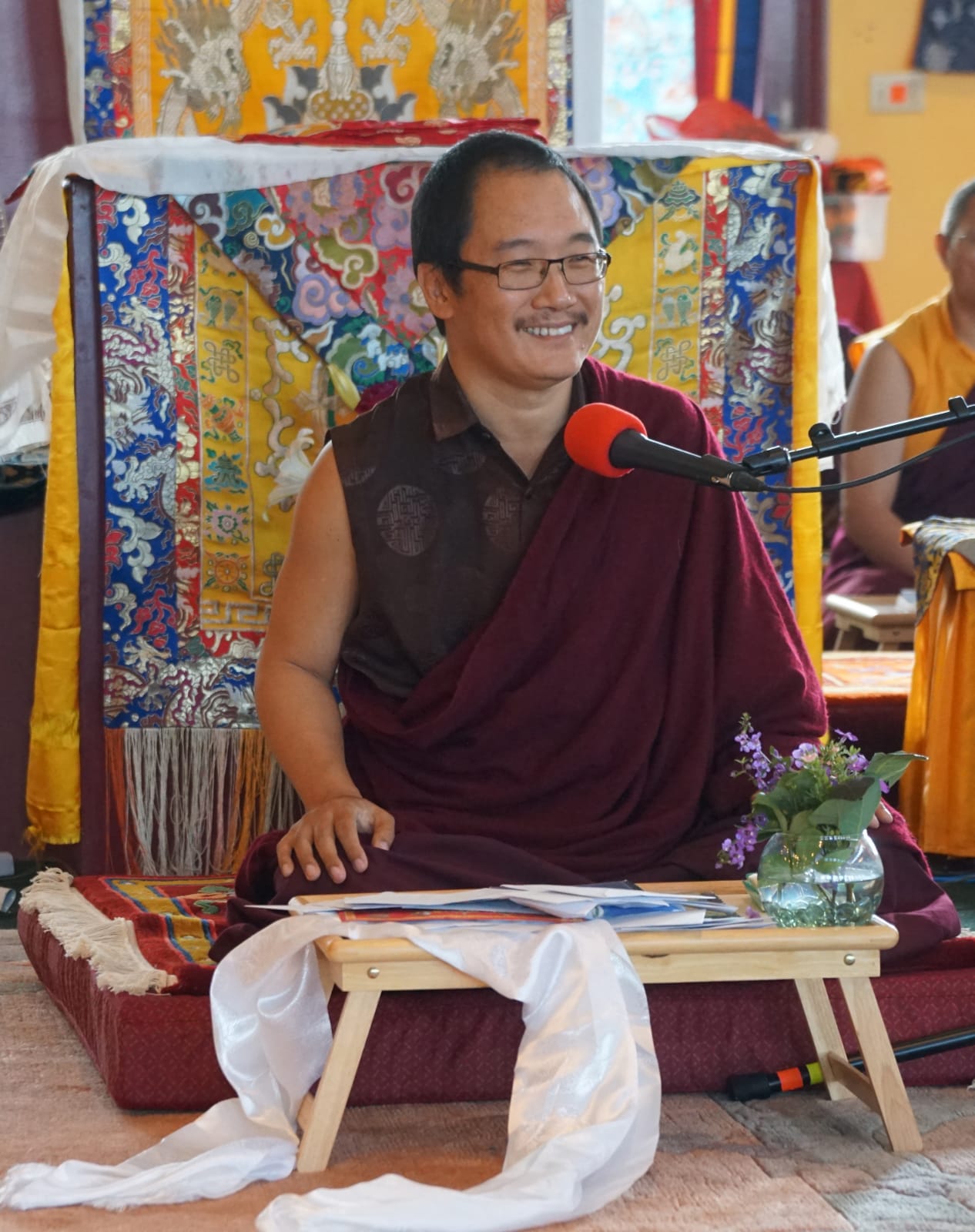 The Fifth Karma Kuchen Rinpoche was born on August 28, 1970, in the year of Iron Dog, along with many auspicious signs to a noble religious family. When he was 2 years old, His Holiness Pema Norbu Rinpoche (the eleventh Throne Holder) notified his parents that their son is the reincarnation of a great mahasiddha, and to care for him accordingly.

He has displayed infinite wisdom and understanding of Vajrayana and Mahayana teachings when he gave a long discourse at the Ngagyur Nyingma Institute, in the presence of many high Khenpos.

Keeping in view of his wonderful qualities of a master, His Holiness Penor Rinpoche appointed him as the Head of the Palyul Mother Monastery in Tibet in 1994. On 14 August 2000, he was formally enthroned as the Twelfth Throne Holder of the Palyul Lineage. Equipped with inconceivable wisdom, modesty, grace and boundless compassion, he has vowed to bring peace and happiness to all sentient beings and spread the supreme Dharma in the ten directions. Penor Rinpoche on many occasions appreciated his efforts in holding the pure lineage of Palyul tradition and dissemination of Buddha Dharma in the Land of Snows. All who have encountered him have been touched by his strength and humility. Those who were close to H. H. Penor Rinpoche are touched by the similarity of the two masters, including Karma Kuchen’sresponses to ordinary day-to-day situations and even the very hand gestures he uses when teaching.

The significant achievement of Karma Kuchen Rinpoche since his arrival in Tibet was that he had built many temples, stupas, prayer wheels, images of deities and other objects of veneration and faith. Under the direction of Penor Rinpoche, hehas built a very grand and magnificent temple within the monastery premises.

Of the many remarkable qualities that he possesses, the most striking quality is his strict and pure observance of all the vows of a monk. He is thus the embodiment of pure conduct in these degenerate times.