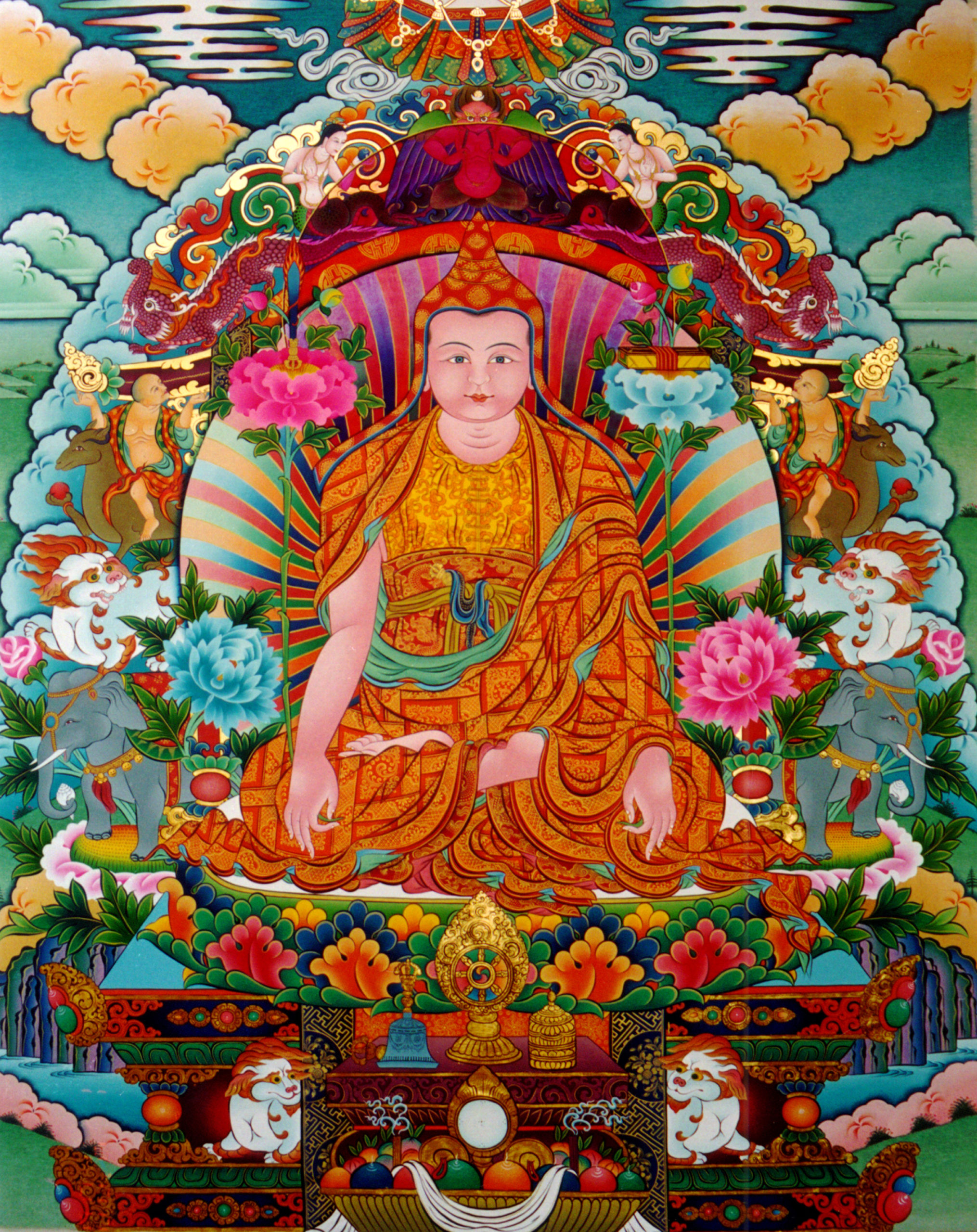 The second Drubwang Pema Norbu Rinpoche was born in 1887, his birth foreseen in a dream by Do-ngag Chökyi Nyima, the third Karma Kuchen Rinpoche and eighth throne holder of Palyul. He was brought to Palyul Monastery when he was seven years old. At the age of nine, Padmasambhava appeared to him directly in a vision and blessed him.

He received novice ordination and a vast number of transmissions from Karma Kuchen Rinpoche. His root guru was the remarkable Khenchen Ngagi Wangpo. One of the most highly realized Dzogchen masters of this century, Khenchen Ngagi Wangpo Rinpoche (1879-1941) was also regarded as an emanation of Vimalamitra. He conferred upon Pema Norbu full ordination in the vinaya lineage of Shantarakshita and gave him the secret oral teachings of Dzogchen. Through these blessings, Pema Norbu attained realization of the primordially pure nature of all phenomena and displayed signs of having realized the “Increasing of Experience” of the four visions of Tögal. He also met and received empowerments from both Mipham Rinpoche and Jamgön Kongtrul.

The second Penor Rinpoche became the ninth throne holder of The Palyul Lineage. With tremendous enthusiasm, he gave many different transmissions and empowerments, teaching continually on the Guhyagarbha Tantra, Jigme Lingpa’s Treasury of Good Qualities and the Three Vows. He gave the transmission of the Nam Chö Dzogchen teachings and the Longchen Nyingtig tradition of Nyoshul Lungtok according to Khenpo Ngaga’s oral instructions. On five occasions he bestowed the Rinchen Terdzö empowerments. He also composed seven large volumes of writings, renovated monasteries, built new temples, sponsored publications, opened a new scholastic college, and established Great Accomplishment ceremonies and other practices.

Khenchen Ngagi Wangpo conducted all the rituals for Pema Norbu’s passing, including the cremation. During this time, there was an earthquake and many other amazing signs of his realization.