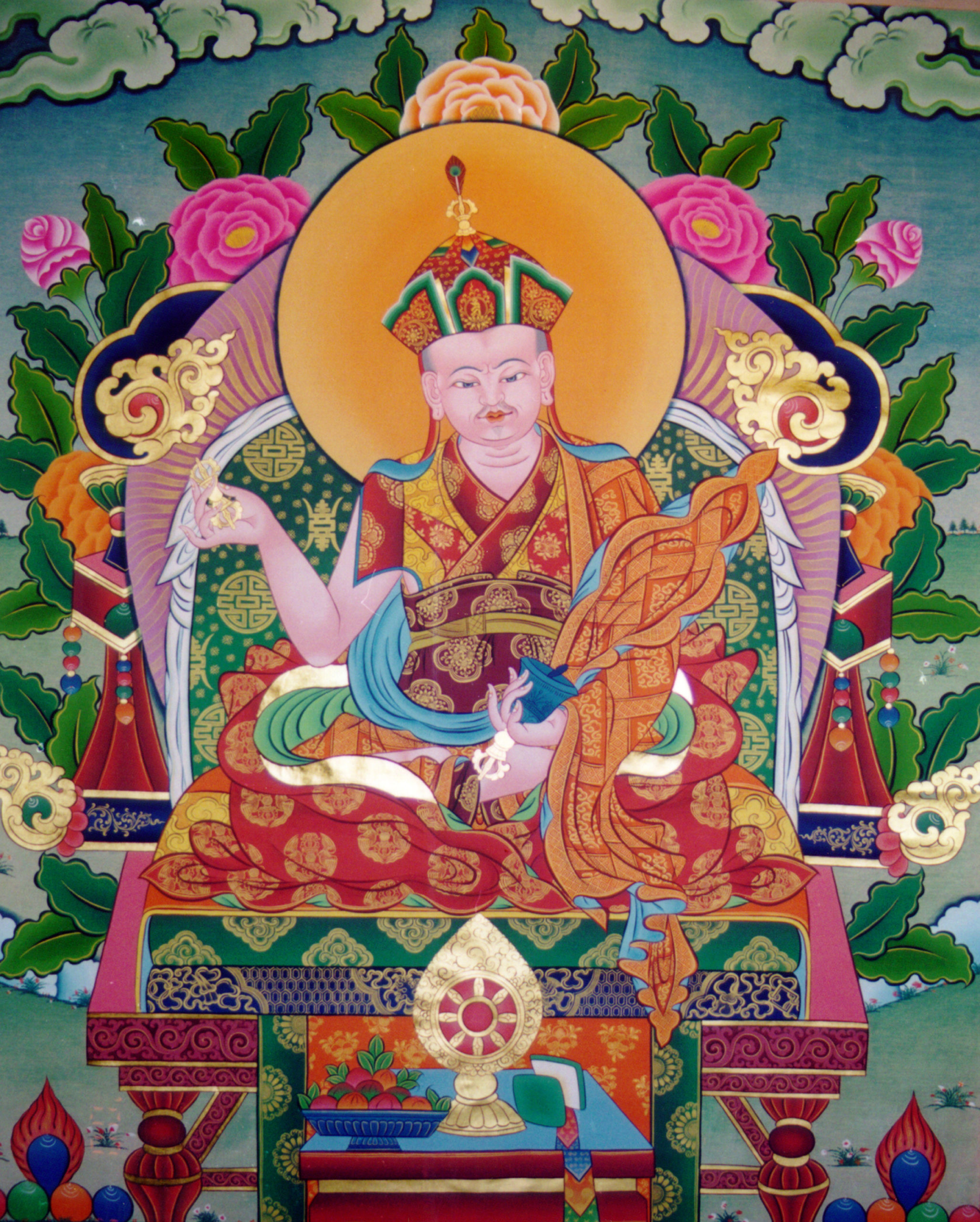 In 1728, the twelfth rabjung year of the Earth Monkey, Karma Tashi was born into the ancestral heritage of Kunzang Sherab, in the town of Ahchog.

As Drubwang Pedma Norbu’s closest heart disciple, he received all of the ocean-like empowerments and teachings on the Non-Dual Great Seal Mahamudra-Great Perfection Ati Yoga and Nam Cho Buddha in the Palm of the Hand. He was enthroned by Drubwang Pedma Norbu, the thirteenth Karmapa Duddul Dorje and the tenth Sharmapa Chodrup Gyatso, as the fourth throne holder of the Palyul tradition.

During the war between China and the King of Gyarong, Tsenlha Rabten, Karma Tashi was invited to China. King Tsenlha Rabten’s guru was a powerful Bonpo lama and by the power of black magic, this Bonpo lama caused a storm of stones to descend upon the Chinese troops. Karma Tashi gazed at the storm of stones and suddenly the storm was reversed. For the sake of protecting the Chinese soldiers, Karma Tashi produced many special protection cords which were so potent that they shook with energy. Not a single soldier was harmed after receiving the cords, which protected both body and mind from the fear of weapons. King Rabten of Gyarong and his Bonpo priest lost the war and, by the force of karmic results, the flag of China flew victorious in all directions. The Chinese Emperor, Chan Lung, was overwhelmed with faith and gratitude and authorized Karma Tashi as the royal guru of China and bestowed the title “Tai Shree” upon him.

Realizing that the doctrine of realization must be upheld through the experience of actual practice, he built new traditional retreat facilities in the monastic complex, complete with private water passageays and doors permanently sealed with plastered mud. He strictly enforced the rules of discipline at the monastery and made many improvements.

At the age of sixty-three Karma Tashi’s enlightened activities were complete and he perfected his mind in the great sphere of truth. The stupa containing his precious bone relics was placed inside the temple of Palyul monastery.