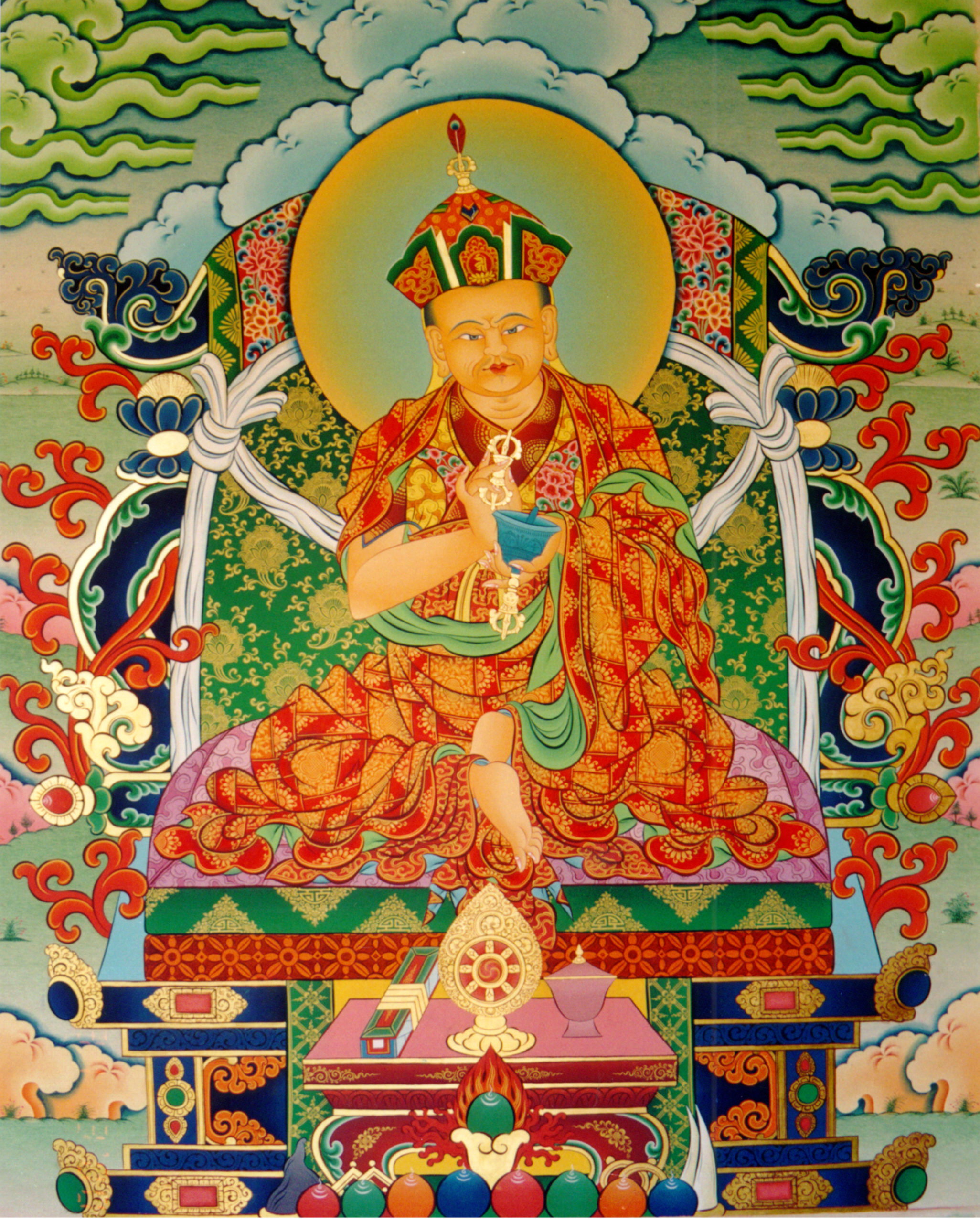 Karma Gyurmed was born in 1794, the thirteenth rabjung year of the Wood Tiger, into the Khanglep family in the Me-chu Gang area of Me Shod. From Karma Lhawang, he received all of the transmissions of kama and terma, as practiced in the Palyul tradition.

Like the majority of the great throne holders of this tradition, much of Karma Gyurmed’s life was spent in solitary retreat. His principal meditational deity was Vajrakilaya (of Duddul Dorje’s revelation) and he often had visions of all seventy-five deities in Vajrakilaya’s assembly. During one pure vision, Padmasambhava came and instructed him to begin the great Dharma Medicine Accomplishment ceremony in the Palyul monastery each year of the sheep. He also began the tradition of performing Guru Chowang’s pure vision tenth day Black Hat Dance at the Palyul monastery.

When Karma Gyurmed actualized realization of the Great Perfection Ati Yoga, each one of his disciples simultaneously developed insights by just hearing the sound of his voice. Without any obstruction, not only could he read the minds of others, he could also comprehend their innermost secret thoughts and needs.

Karma Gyurmed periodically displayed his miraculous powers for the sake of guiding sentient beings. On one such occasion, he focused his mind upon negative forces in order to subdue them and when he threw his vajra, it penetrated through three wall partitions. When he traveled to the hot springs of Tilung, the impression of his footprints remained clearly in the stones.

In 1851, the year of the Iron Pig, on the twelfth day of the fifth month, Karma Gyurmed was fifty-eight years old, when he experienced the presence of the Sugatas in every direction of space. Instructing his disciples to arrange many offerings, on the thirteenth day, he dissolved his mind into the great sphere of truth. His holy body shrank to the size of a cubit, eighteen inches in length, while his complexion remained very fresh and life-like. Astonishing signs, such as unusual cloud formations and rainbows appeared in abundance. His principal heart disciple, Gyatrul Rinpoche, built a temple and a two storey gold and copper stupa to contain the holy body of the second Karma Kuchen Rinpoche, Karma Gyurmed.