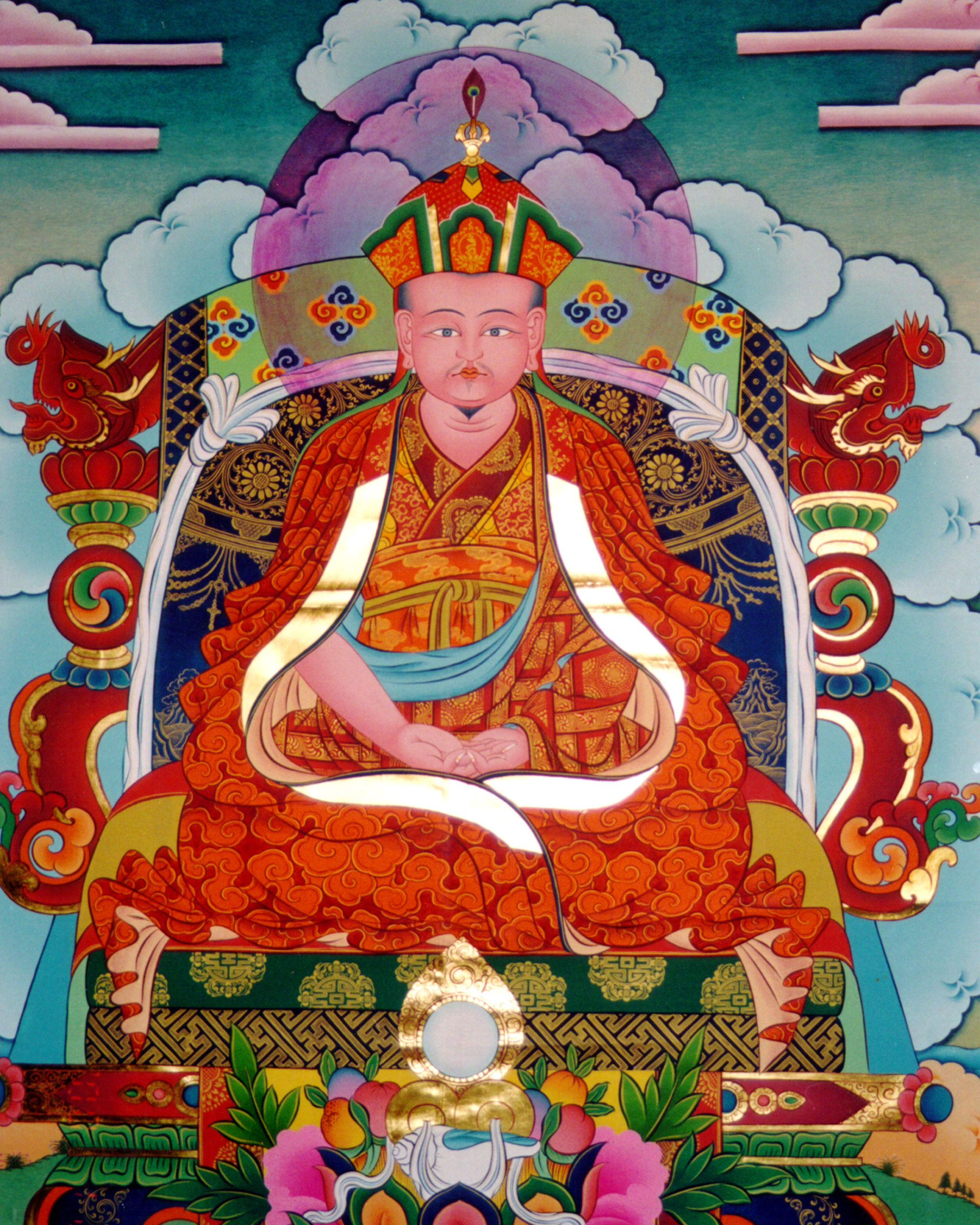 Karma Lhawang was born into the ancestral heritage of the Vidyadhara Kunzang Sherab. As a child, he awakened his pure awareness Mahayana nature and displayed signs of accomplishment on the path. From his guru, the First Karma Kuchen Rinpoche, Karma Tashi, he received all the transmissions for the kama lineage of the Maha, Anu and Ati Yogas, the Kagyed and Gongdu Termas and every essential transmission practiced in the Palyul tradition.

Because Karma Lhawang’s principal interest lay in uncontrived practice, he was relatively unconcerned with the details and responsibilities involved in the running of a monastery, caring for a large entourage of disciples and the general maintenance of the surroundings. Spending most of his time in solitary retreat, he continuously manifested miracles, the sign of having mingled his mind with the true nature of appearance. In addition, he possessed the omniscience of unblocked perception into the minds of others. When the enlightened activities of his lifetime were complete, Karma Lhawang passed beyond this world.

The first Karma Kuchen Rinpoche’s direct disciple, Karma Döndam of Pelwar, took over the spiritual responsbilities of upholding and increasing the lineages of empowerments, transmission and commentaries. He was particularly diligent in the practice of the Non-dual Great Seal Mahamudra Great Prefection Dzogchen Ati Yoga. The life story of this lama is rich with inspiring accounts of his everyday conduct. As a great renunciate, he disassociated himself from ordinary concerns and activities. Even the fense surrounding his humble dwelling was made of piles of leaves that scattered with a strong wind. There were countless occastions that Karma Döndam read the minds of others and accurately predicted future events. In a precious dharma medicine table of contents, some of his hair, taken when he was 103 years old, is included as a sacred substance.