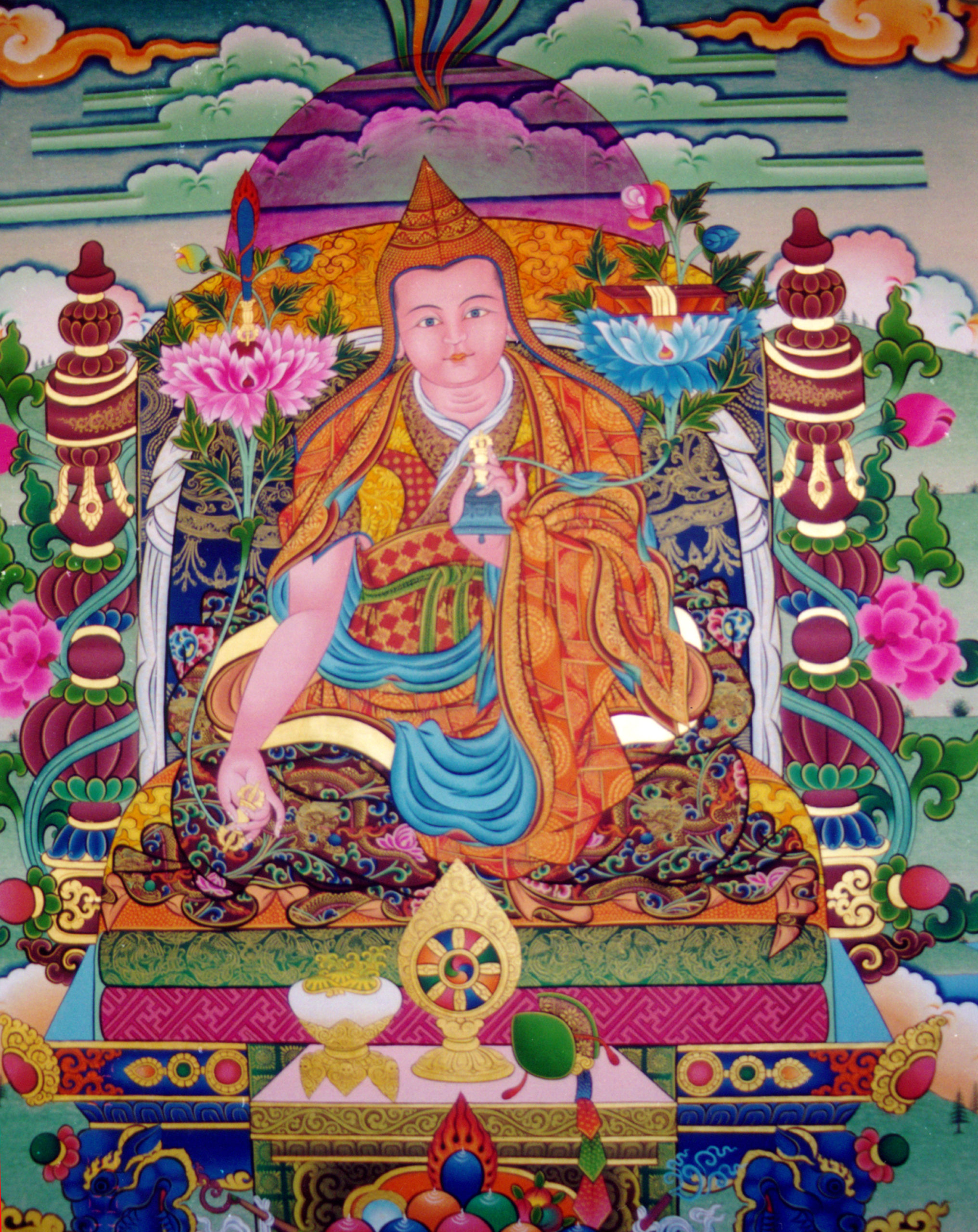 Prior to the passing away of the second Karma Kuchen Rinpoche, Karma Gyurmed, he left a letter on his table which said, “My incarnation will be born in Khyi-teng.” The new incarnation, Do-ngag Chokyi Nyima, was born in 1854, the fourteenth rabjung year of the Wood Tiger. At the time of his birth, marvelous rainbow light rays appeared in the sky and unusual and magnificent sounds reverberated in all directions. Born in the Dege village of Ahlo Khateng , his family name was Dilgo of the heritage Nyo.

As a youth, Do-ngag Chokyi Nyima’s mind was like pure gold with his every thought directed towards the betterment of mankind. He treated everybody with kindness and respect. While at the monastery, Do-gag Chokyi Nyima spent the majority of his time presiding over the many regular accomplishment ceremonies, as well as bestowing transmissions. He was never known to rest or take any personal time out, except for the practice of root and accomplishment mantras which he did while in retreat. It was his lifetime pattern to arise by three in the morning in order to recite all of his daily practices from both the earlier and later traditions of kama and terma. Just after dawn, he would offer sang and tormas to the hungry spirits. Intermittently he would perform at least one hundred prostrations and circumambulations. Although he maintained such a demanding schedule for the purpose of the doctrine, he never cut his own daily practice for any reason.

While he performed the great accomplishment ceremonies, nectar in the skull cups spontaneously overflowed and dharma medicine pills would increase, to roll down the mandala cord in his direction. During the descent of the blessings section of the practice, actual signs of spiritual attainment were regularly witnessed. He often left his footprints upon stone as a sign of having mingled mind with appearances. He possessed unobstructed power to see through and beyond rocks, houses and mountains and he could hear conversations being carried on from afar. Although he received many other extraordinary visions and prophesies, because of his prudent character, these experiences were kept concealed.

In 1906, the fifteenth rabjung year of the Fire Horse, when he was fifty-three years old, Chokyi Nyima dissolved into the exhaustless sphere of clear light. During the cremation ceremony, clouds in the shape of pitched tents appeared in the luminously clear sky, releasing gentle showers of rain. Many precious bone relics were found and devoted followers experienced wondrous visions.